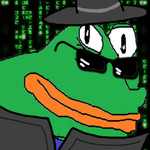 @egsbot is a game and utility bot managed by @cbdg.

Collect eggs and sell them for points. The more eggs you collect, the more you can sell them for. But be careful, as other players can steal your eggs!

Ask for eggs to collect them, which will randomly steal eggs from another player or find some if you're lucky. You can ask for an egg every 15 minutes. The bot responds to a number of different phrases; here is some inspiration:

give eg to cbdg

If you have eggs, you can sell them on the egg market. Selling has a cooldown to ensure people have eggs that can be stolen.

If you want to check how many eggs you are holding, what your score is, et cetera:

New: To account for (significant) game rebalance changes to the egsp scoring system, scores are split between total and monthly. Your total score is visible in the stats? command and in responses, but the default leaderboard will show recent winnings.

If you want to check the current score leaderboard:

If you want to check the all-time score leaderboard:

Add the bot to your channel

Review the rules and considerations before requesting the bot. Please join @cbdg's chat and use the command:

You can optionally add some more information:

This will store a request for your channel. Please note that these requests are only reviewed during EU working hours. (If you must, you can also whisper/message @cbdg directly.)

Remove the bot from your channel

To remove the bot, use the `removebot command or simply ban it from the channel. If the bot is banned, it will not rejoin when you unban it.

Note that inactive channels may be removed periodically.

You should probably add the Okayeg FFZ/BTTV emote to your channel.

The output of the bot is subject to global Twitch message rate limiting. The bot is marked as a verified bot by Twitch, which means it has higher rate limits than a regular user. Making the bot a VIP or Moderator in your channel is not required, but of course appreciated.

Do not use the bot in a way that will get it banned from Twitch. All interactions with the bot are logged.

Please keep the game fun for everyone.

It is possible to disable various parts of the bot (the egg-game commands, the utility commands, etc). Please make a request if you want this.

Excessive botting of the egg game may result in your account being marked as a bot. Users marked as a bot (for example, because you grab eggs 24/7 on a timer) will not show up on the main leaderboard. Botting leaderboards are available with top? bot egsp and top? bot eg.

Want to play blackjack or slots and gamba your eggs?

blackjack? your bet of at least 2 eggs

If you're not afraid to lose, roulette your eggs. If you win you double your bet!

To reduce chat spam, the cooldown of these commands will be tweaked over time.

The bot can rub its magic egg and answer your most difficult questions:

Do you have a suggestion, ideas, improvements, or other comment? Ideas for minigames are always welcome.

A short summary of available commands can be reviewed with:

If you forgot the URL to this website (how? you're on it right now):

Experimental feature! Level up your strength by beating other players to become the strongest egg collector. Fight other players using:

Want to up the stakes to 50% of your eggs and strength? Issue a challenge to other players:

You can only fight users who issued a challenge (fight me ⚔), or if they have recently collected an egg.

The winner gains some of the eggs/power of the other player. The loser also loses health points, which need to be regained by consuming eggs. You need at least 4 health to fight, so be sure to heal:

Future features and ideas: in the future, you will automatically gain bonus health, strength, and bonus items while using the gib egg commands. A brawl command might also be added so that multiple players can fight each other at the same time!

Notes: the fight and heal commands will use the number of eggs you specified, or will automatically try to use the right amount if you didn't specify any.

Since GaZaTu no longer wants to run the trivia bot in #forsen, I've added this feature to egsbot instead. The trivia feature is enabled on a channel-by-channel basis and can be added on request. Submit new questions on gazatu.xyz.

Check your score with:

Work in progress! A complete list of public commands and features is coming soon

The command prefix character for the bot is the ` (grave accent) character. Alternatively, you can use the word eb (for example, both `emotes forsen and eb emotes forsen are the same command).

The following commands can only be used by the channel broadcaster.

The following commands allow you to use the bot to send a message to your chat when certain events occur. Example:

Events should work for all channels, including your own. A special event huwobot/raid exists for HuwoBot dungeon raids.

The following commands can only be used by the channel broadcaster.

The following commands can be used by any user. Note that the bot only tracks channels it is in.

The following commands can be used by any user.

This bot is mainly written as a way to experiment with various ideas on how to interact with Twitch and other chat/streaming platforms, in both the technical and creative sense. The games are geared towards Forsen's (extended) community and are (hopefully) a fun contribution to chat, giving (offline) chatters something to do.

Some more information about the inner workings of the bot are coming at some point. Cool features the bot has:

The bot was added to chat on 2020-08-22 (called 0x7ff back then), although some of the codebase is significantly older (based on earlier IRC chat bots and some previous chat monitoring tools).